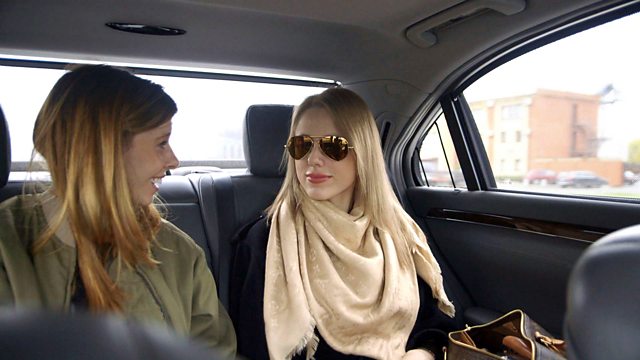 Also on BBC iPlayer
Stacey travels to Russia to brave the cold and icy streets of St Petersburg. A city filled with golden palaces and luxury lifestyles, Stacey explores the two very different sides of sex work in the city and asks what modern-day sex looks like in Russia.

Since the decline of the Russian currency, sex work has risen exponentially, with the estimated number of sex workers in Russia estimated to be three million. Stacey meets 24-year-old Avlora, one of the many VIP Sex Workers in St Petersburg. Born in the same year as the fall of communism, Avlora's new profession means that she has flown to different continents for luxury holidays, private jets and designer brands, all while charging the equivalent of £700 a night, nearly twice what the average Russian will earn in a month.

Stacey also meets some of the girls trying to break into this lucrative industry. She meets Lilliana at her first photo shoot as she is hoping to break into the high-end escort world. Though Lilliana is nervous and may have reservations about becoming a sex worker, will the opportunity to make five times her daily salary be too tempting to pass up? Stacey also learns that you don't have to have sex to make money from it. Alyona is a promising young pole dancer who has the audition of a lifetime at one of Moscow's largest strip clubs, but has she got what they are looking for?

It is not all glamour and riches. Prostitution is illegal in Russia, and while many high-end escorts find a loophole in the law by charging for their time, many sex workers are not afforded the same luxury. Stacey hits the streets and the brothels to talk to the women who deal with corrupt police, robbery and abuse on a daily basis. For them, it is all part of earning a living.

How to Watch Larger Than Life Size